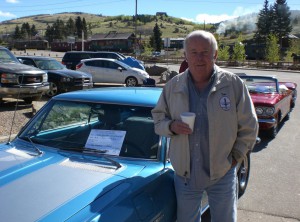 My friend Tom Grippen was a car guy and a rather gruff people person. I don‟t know how old he was, and it never really mattered – he always acted like he was in the prime of his life, boisterously diving into any conversation he happened to overhear. As an old boss used to say, he was like “a little banty rooster”.
Tom was a long time face in Rocky Mountain Corsa, which led to our acquaintance nearly two decades back. He didn‟t attend all the events, but typically made the bigger ones like the Tri-State. He was a regular at the annual New Year‟s Day brunch in Estes Park.

Our friendship developed when RMC voted to take up the 2011 National Convention. Suddenly, I was receiving calls and e-mails from Tom Grippen on a regular basis. He brought marketing tenacity and connections, found little gifts and odd mementos, talked people into attending and participating, and generally filled all of the little gaps that challenge a volunteer organization. He didn‟t take on a specific assignment, but in an event where the entire team accomplished amazing things, Tom helped us all look a bit better by pitching in anywhere he was needed.

I learned that Tom was never one who hesitated to declare BS when he heard it, and he was not at all reluctant to pitch his own. He was teased often about perpetually working on the restoration of his late model coupe, and it was particularly gratifying to see Tom wheeling the Corsa through the streets of Cripple Creek at the Tri-State just a few years back, beaming like a proud kid in the high school parking lot heading into his senior year.

When I heard of his cancer, and the late stage in which it was diagnosed, it was not surprising to hear Tom Grippen lay out his medical defense plan. One of his greatest frustrations was when his blood chemistry would not permit the chemo to proceed – Tom would later tell the care providers to “load me up”, and he fought with the same enthusiasm as he lived. As late as last fall, we would still discuss Corvair performance modifications he might make to his Corsa to edge it closer to the Stinger‟s speed, but without compromising the street comfort.

In early 2015, he struggled back from the precipice one last time, which took an amazing effort on his part. Our phone conversations became shorter, and he apologized for not having the energy to continue. In March, my calls went unreturned for the first time since our 2011 Convention, and I knew his valiant struggle against nature was coming to a close.  He lived the good life, fought the good fight, and was my friend. We had a good run.  -Eric Schakel- 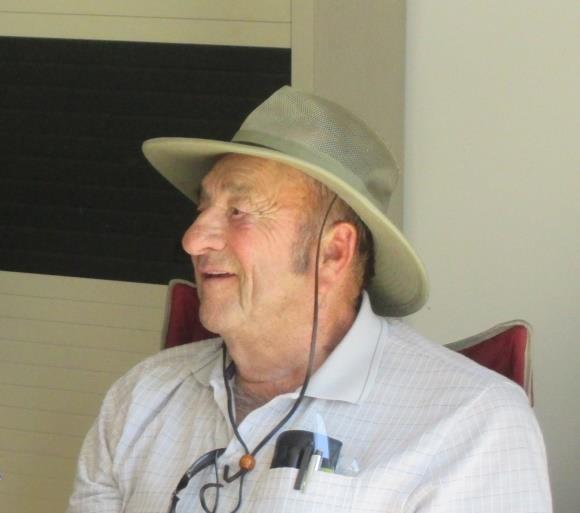 Long time member Bud Duncan passed away December 6 th , 2020. He and Linda were
regular attendees at our club meetings and events for many years. They were proud owners of a 62 Monza convertible ‘Red Baron’.

Auf Wiedersehen Bud. You will be missed. 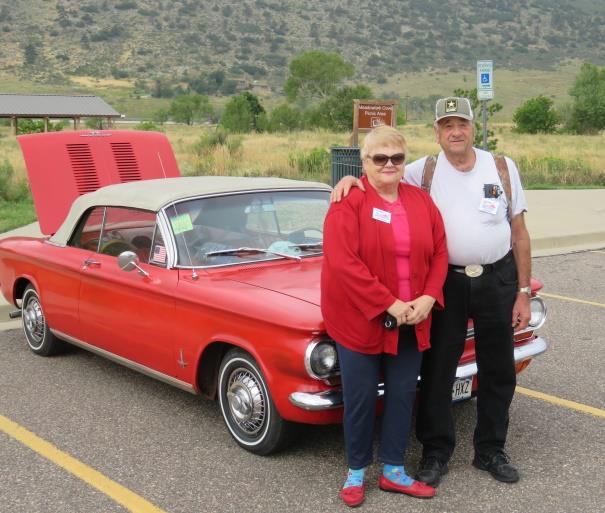 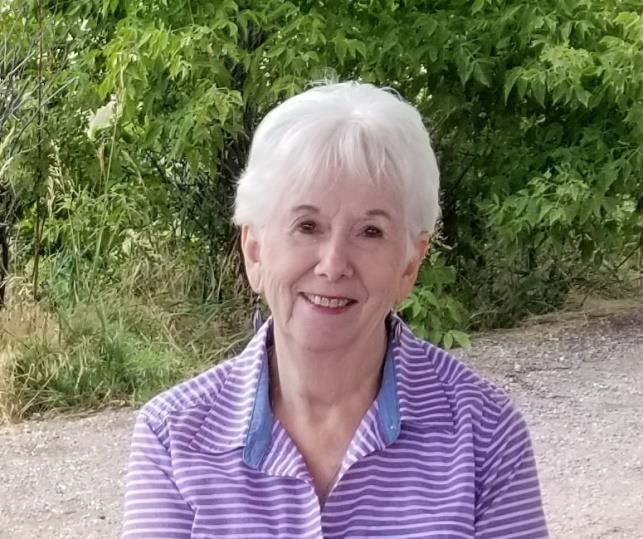 My mom enjoyed life to the fullest, doing so by making the most of every day spent with family and friends. That was always evident to us, but more so when she retired in 2011 from NCSL in Boulder. She quickly joined multiple clubs: a RV club after purchasing a pop-up camper for the Summer family excursions to Steamboat Lake, a Christian Women’s club, a coffee club, a book club and finally a Bunco club! When on a camping trip to Wyoming in 2014 she became the happy owner of a loveable Blue Heeler puppy she named Bandit. I laughed when I had to pencil in time on her full calendar to see her otherwise she might be at a potluck, club social or at the vet when the “fury child” Bandit had been in some trouble! There have always been classic cars in the Wilshire garage since I can remember it started with my dad’s 1955 Chevy 2 door hardtop, so it is a family affair. For my mom it started with the purchase of her first new car, a 1964 Corvair Monza coupe. It was satin silver with a black interior and a 4 speed! I spent many hours wedged in the back seat of that Corvair between my siblings when being driven to school, visiting our grandparents in the mountains or being dropped off at school sporting activities. The Corvair served our family well for many years until it became more practical to have dueling station wagons to haul our family of 6 and all our gear. I never forgot that cool little Corvair. In 1994 I told my dad I wanted to restore a Corvair together, so the hunt was on to find just the right one. After a thorough search I settled on the perfect one, a 1964 Corvair Spyder Convertible, red exterior and white interior. My dad referred to it as a basket case, because it came with so many extra unknown parts and even the turbo was in the back seat! We were introduced to the legendary Steve Goodman and shortly afterwards he convinced us to join Rocky Mountain Corsa. Much like the other clubs my mom belonged to later in her retirement years, she immersed herself in RMC club activities. My mom wholeheartedly supported the restoration of my ’64 Spyder. It was restored in time to make the 1995 National convention held in Dallas, TX. That in turn launched our family into a Corvair love affair for well over 25 years now!